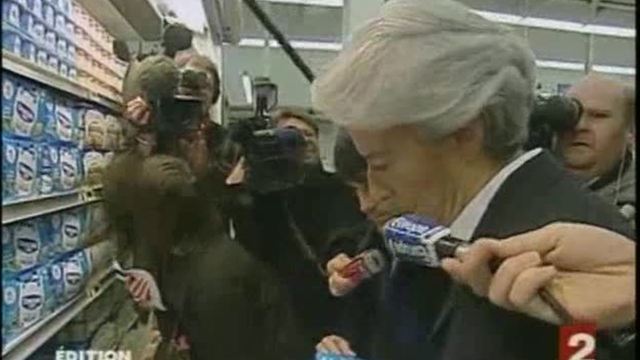 It's easy to get lost in the French language, let alone for things to get lost in translation. So many French words have multiple meanings, and often the meanings are surprisingly disparate. That makes context particularly important in the understanding of French. But what if the context itself seems to support multiple meanings? The solution is to redouble your efforts and discern the logic of the utterance as well as you can. The French appreciate the subtleties of language—and you have to pay close attention to properly parse them

The verb relever is a good example. It's made up of the verb lever (to raise) and the prefix re- (again). As a reflexive verb, se relever means to get back up (e.g., after you've fallen); as a transitive verb, relever means to stand something back up after it's fallen over (e.g., a lamp). It can also mean simply "to raise" something, including prices. (Ils ont relevé leurs prix: "They have raised their prices.") So we might easily be tempted to believe that the following, spoken by a France 2 reporter, is about a strange mission to raise the prices of food at a local supermarket:

The morning's goal is to note the prices at a Carrefour store.

The news crew, however, is not setting out to jack up the price of butter and baguettes. As you can see from the translation we have chosen, relever has other meanings, one of which is "to note" or "to survey." The morning's goal is to take note of the prices found at a Carrefour (one of the world's largest supermarket chains), not to raise them. How do we know the meaning here is "to note" rather than "to raise"? It's hard to say, but we have to apply logic and common sense—good old French rationality. It simply wouldn't make sense for the French Minister of Finance to march into a store and raise prices.

We find the verb used again in the line that follows:

The speaker is using a bit of verbal shorthand. The price for a sixteen pack of plain yogurt is found to be 2.55 euros today, but it had been "noted" (relevé) in the past at a higher rate, 2.85 euros. This story is a little bit complicated: it turns out that prices on supermarket shelves were found to be considerably lower than those reported in a study of online (delivery service) supermarket prices by the French consumer magazine Soixante Millions de Consommateurs (Sixty Million Consumers).

So that means prices in big supermarkets are lower than what was recorded by "Soixante Millions de Consommateurs."

Once again, relever is used to indicate that information was "noted" or "recorded." A generic term for things that are recorded, in the context of an investigation such as the one conducted by the consumer magazine, is "findings." The French word for "findings" is relevés (the noun form of relever), and we find it used a few lines later in the same news report:

And her findings, as she goes through checkout, provide the occasion to repeat the same message...

So what have we noted today? Qu'est-ce qu'on a relevé? Certainly, you should now be familiar with some of the meanings of this intriguing word. (There's another interesting discussion of it here.) Perhaps you've also learned—or been reminded—to fully consider context before jumping to conclusions about the meaning of a word. Context, properly discerned with good common sense, is the trusty guide that can keep you from getting lost in French.

We provided you with a few things to take note of today, n'est-ce pas? 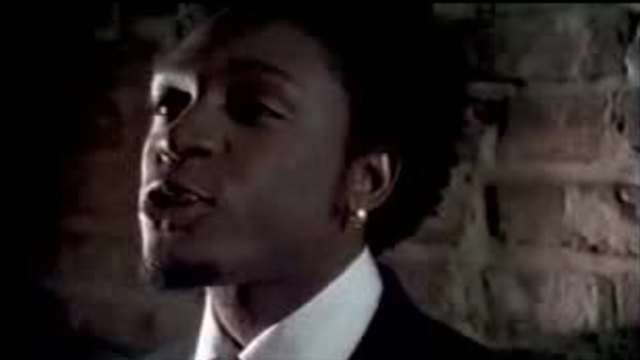 You can tell from his soulful singing that Corneille is a sweet and sensitive man—but there is one thing we just can’t take for granted: knowing how to express that we are taking something for granted! First, take a look at what Corneille croons:

Corneille says that he doesn’t want to take his chances (his luck) for granted. The infinitive of this verb phrase is prendre pour acquis. As you may have guessed, it literally translates as “to take for acquired,” but what it really means is “to take for granted.” This phrase is popular in French Canada, where Corneille eventually settled after leaving Africa.

Now, if you are a real stickler for grammar, you are probably thinking that, because chances is feminine in gender and plural in number, Corneille should have made the adjective agree, using acquises instead of the masculine and singular acquis. However, in actual practice, French Canadians often don’t make the acquis in prendre pour acquis agree with the noun to which it refers, though some make the argument that they should.

Tenir pour acquis is the more traditional way to express the same sentiment, and is considered more “correct” (if not more popular). In France, both prendre pour acquis and tenir pour acquis are understood, but sound a bit formal and old-fashioned. The French prefer the phrase considérer comme acquis for use in common, everyday speech.

Don't take my love for granted, or one day you may find me gone.

I took for granted that the mailman would come daily, but I was wrong.

We take for granted that the price of gas will go up.

Most people seem to regard it as self-evident that every city-region needs a single municipal government.

[from “Globalization Does Not Need Amalgamation” in Policy Options (Nov. 1999), a bilingual Canadian journal of public policy]

A related phrase that means “it's a given” is ça va de soi (literally, "it goes from itself"). This phrase, which is widely used in both France and Canada, is usually translated using the common English phrase “it goes without saying.” There is a more “proper” and formal version, cela va de soi, which is more often used in writing and less in casual conversation.

Are we happy with the election results? It goes without saying!

It is not at all unusual to hear a sentence begin with Ça va de soi que… as we see in the example below, but once again, we find there is a more formal version. Il va de soi que… is considered more “proper” and is therefore the construction you are more likely to see in written texts.

It goes without saying that Americans are hopeful about their new president.

There are many other ways and variations of expressing both meanings of “to take for granted” in French. If you’d like to learn a few more, read this interesting discussion.